Hello, my name is Lauren

The business started about back in May 2021 , we only started off with two classes to begin with, hoping we would get a few bookings but things really hit it off and we now have 10 classes a-week.

I started off just doing a tots class (0-5yrs) but soon realised that the parents with the baby’s weren’t getting enough out of the class so we created Spanish Bebes, which is a Spanish baby’s sensory class. 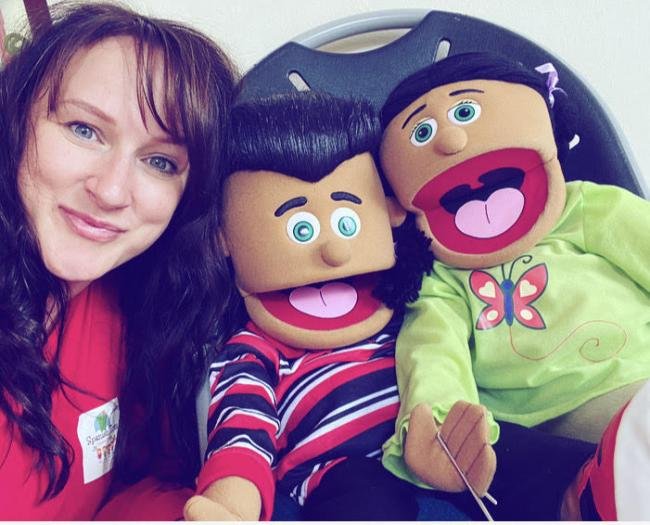 I have lived in Spain “Alicante” for over 10years, I moved there when I was just 13 years old, so it was a pretty hard age to adapt to a new language, new friends and a whole new way of living. It was pretty really scary and I found it hard to adjust. I went on to complete secondary school GCSE out there and then went on to work full time for a successful Spanish company for many years. I’m fluent in the language both written and spoken and some may say that my Spanish is better than my English.

I moved back to the UK a few years ago now and I had always wanted to do something with my Spanish. I had the Idea of doing Spanish tutoring or maybe teaching big groups but it was always a risk for me to start doing it whilst trying to work full time.

After having my son Ronnie last November 2020 things changed and Spanish tots become a dream in my head for many months. Whilst being on maternity I made the effort to speak to my son in Spanish and sing to him in Spanish too. Just seeing how well he adapted to the language so quickly made me realise that this could be what I always wanted to do. So I thought why don’t I just do what I’m doing with my little boy and help teach other baby’s and tots the language through music and movement. Ronnie seems to love it so I thought id give it a go and here we are 9months later.

Spanish tots and bebes is a musical, movement and sensory class for babies and tots from the age 0-5yrs. Our classes are all about introducing the Spanish language through music and movement. All our songs are all in Spanish which contains, numbers, body parts, colours and much more.

Our sessions are 45 minutes long and we offer a block booking of 6weeks for £45 (tots class are offered a snack and drink at the end of each session) We have two puppets called Jose and Maria who join in singing all the songs and the kids love them. We repeat most of the songs each week as reaping these help the words and sounds to go into our long term memory. This is how we learn a script, song or language in this case.

The response from the children has been fantastic. We also have baby’s from newborns, weeks and months old. Seeing their faces light up when a certain song comes on is just the best feeling ever! The older tots start to sing along by week 2-3 and by week 6 head, shoulders, knees and toes in Spanish is just another song to them.

Although it is a tots and baby’s class, parents benefit from it too. I have all the mums singing and dancing to all the songs. I get messages from most mums to say they can’t get our “Hola song” out of their head and this is what we want. It really is a dream come true for me and it’s exactly what I wanted to do. I want to give children a head start in learning the language and give them the opportunity to get out of their comfort zones at an early age. It can be very overwhelming learning a new language as I have been through it myself. Learning a second language at such a young age has so many benefits, it can boost problem-solving, critical thinking, and listening skills, in addition to improving memory, concentration, and the ability to multitask. children who experience two languages from birth typically become native speakers of both, while adults often struggle with second language learning and rarely attain native-like fluency. It is really beneficial and it’s giving me a whole new world of opportunities and it can give others it too.

Benefits of learning a language at a young age

Research shows that learning a second language boosts problem-solving, critical-thinking, and listening skills, in addition to improving memory, concentration, and the ability

Experts point out that learning a foreign language can lead to improvements in the ability to concentrate, greater mental agility, improvement in memory and attention, the ability to effectively perform several tasks at the same time, and the ability to make more connections between different concepts.

Bilingual children as young as seven months have been shown to better adjust to environmental changes, and bilingualism also seems to protect against dementia.

Children who learn another language before age five use the same part of the brain to acquire that second language that they use to learn their mother tongue. Younger learners are also uninhibited by the fear of making mistakes, which is sometimes an obstacle for older beginners.